Wallmart has a carousel on the homepage

But are homepage carousels actually helpful to users, or do they merely represent an easy way to deal with content?

Ask anyone this question and they’ll tell you that carousels are an anti-pattern. There have been a few contributors to carousels’ bad reputation. Research by Erik Runyon revealed that only 1% of site visitors clicked on the carousel feature — and 84% of those were clicks on the first slide. On his site Should I use a carousel?, Jared Smith states that, given the choice, you should not use a carousel. Perhaps, the best statement at Jared’s site comes from Lee Duddell who summed up a common carousel problem:

“Carousels are effective at being able to tell people in Marketing/Senior Management that their latest idea is on the Home Page. Use them to put content that users will ignore on your Home Page. Or, if you prefer, don’t use them. Ever.”

What is a Carousel

Carousels are a method of displaying marketing information on a homepage. Designers use carousels to maximize the information density without forcing the user to scroll further down the page. Carousels come in many shapes and sizes, but usually a carousel (as discussed in this article) possesses the following traits:

We’ve heard it a thousand times: content is king. Carousels can only ever be as good as their content. If the content of a carousel isn’t relevant the user experience will be bad, regardless of how easy it is for the user to interact with. There are a few important rules that should be mentioned here:

Limit the Number of Slides

Indicate how many slides are present, and where the user is within the “progression.” This helps people feel in control.

As mobile increasingly demands attention as a force to be reckoned with, optimization carousel’s content for mobile viewing is a top priority. The clearer the text and images, the more likely users are to engage and understand the intended points. That’s why it’s so important to make sure that any text in the slides remain legible on every screen, even when it scaled all the way down to a tiny mobile screen. And you should definitely check a text legibility if reusing artwork from the desktop site for your mobile site. 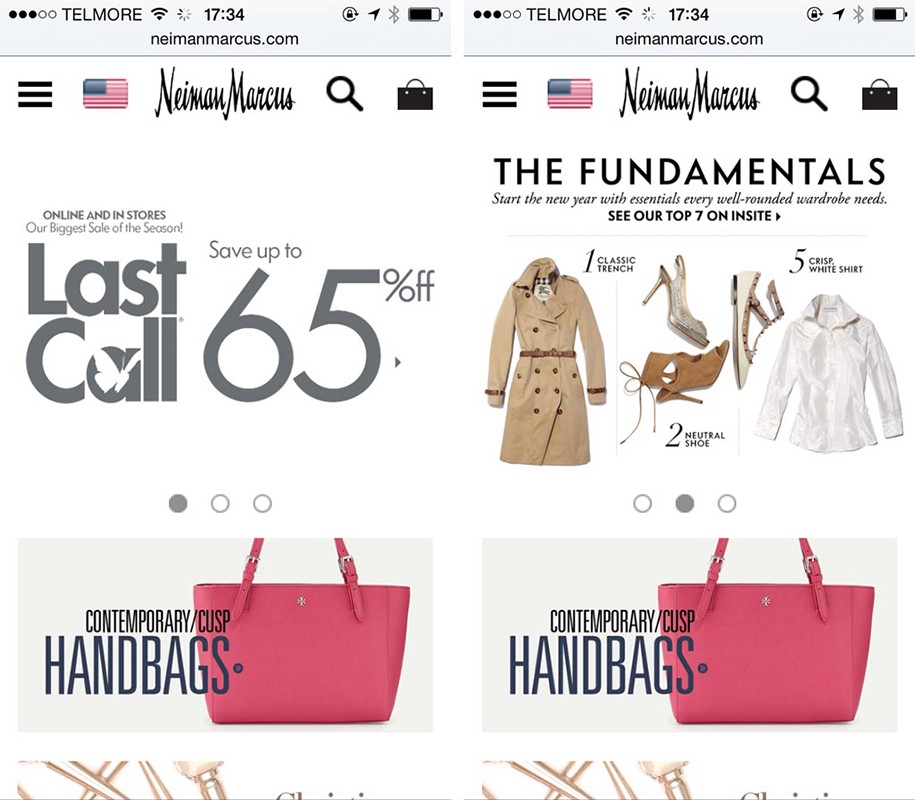 In navigation controls, aim to help people identify the options, and recall them after they have already seen the content in the main slide:

Tips For Auto-Rotation (or Auto-Forwarding)

The Best Alternative To Carousel

A common problem with homepage carousel is lack of context: visitors usually has little idea of what the next slide will show or why they should care. As a result, they won’t likely want to flip through them. In an attempt to solve this problem you might consider using a hero image instead of a carousel. Сompared to a carousel, hero image has the following advantages:

You can prioritize your content effectively, eliminate the carousel, and put an effective and useful hero image together with call to action where the carousel was. For example, the following screenshot shows the homepage at Amazon on which designers use a hero image to highlight the top product — Kindle Paperwhite. This hero is attention-grabbing and communicative.

Amazon uses the typeface and colors that match those used in the global navigation, so the hero appears to be part of the site content rather than a pushy advertisement.

Another example — New Balance announces their latest shoes and prominently displays a fast path to find whatever visitors need. 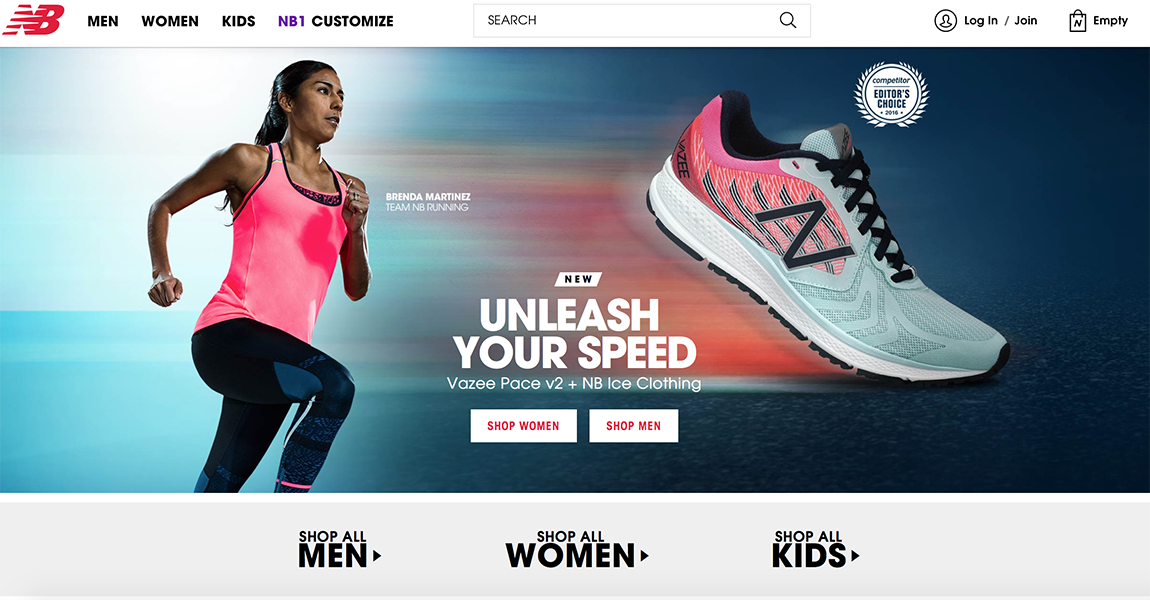 If people aren’t interacting with your carousel, it might not be a carousel’s pattern fault. Like the rest of your content, carousels need to be engaging in order to be effective. Don’t use a carousel just to get additional content on the screen. Keep in mind that a carousel is never better than its content — if the content isn’t relevant and well-curated the experience will never be good. However, if content quality criteria is met, carousels can be a decent way to highlight and expose users to topical site features. Thus, a right answer on the question “Should I use a carousel?” should be: if it’s good for your users.

Breadcrumbs For Web Sites: What, When and How

How to Craft Effective Registration

Even though registration is so common thing, it’s also one of the trickiest parts to design. Make sure…