Rooted in the post-World War II artistic movement, minimalism has reemerged as a powerful technique in modern web design. This technique sometimes presents as an attempt to prioritize content over the chrome. Applied correctly, minimalism can help designers focus their designs to simplify user tasks. It brought additional benefits to websites, in the shape of faster loading times and better compatibility between screen sizes. The simplicity of minimalism may seem simple enough, but under the surface lies far more than just “less is more.”

Below are a number of principles of minimalist design, as well as best practices for this technique.

What Is a Minimalist Web Design?

Many of today’s most popular design trends (such as flat design, hero images, and hidden global navigation) are directly influenced by minimalism, a web-design movement that began in the early 2000’s.

Google is often credited as the pioneer of minimalist web interfaces. It has prioritized simplicity in its interfaces ever since its beta offering in the 1990s. 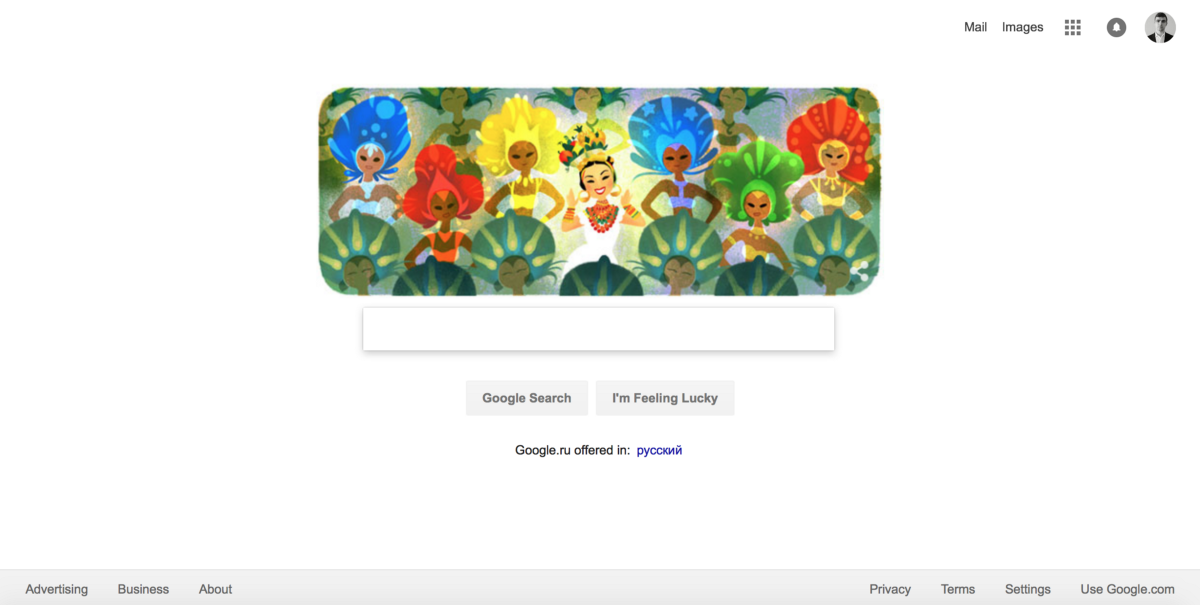 Even though Google now offers a huge variety of products, its homepage has changed very little over 15 years.

The success of Google’s search page paved the way for minimalism.

Although there is some debate about what exactly qualifies as minimalist web design, there are a few common features that most designers can agree upon. Let’s define characteristics of minimalism:

The philosophy of minimalism sounds very simple — “less is more.” In web design, less is more is achieved by using only elements that are essential to a given design. A minimalist web-design strategy is one that seeks to simplify interfaces by removing unnecessary elements or content that does not support user tasks, because

The less elements on a screen, the more potent the remaining ones becomes

By that logic, if you had only a single element on the screen, you could be sure that your message is communicated to the user.

Fewer elements on a page results in lower cognitive load for users.

Minimalism is the intentional stripping away of everything that distracts users from content. But at the same time you must be sure that you aren’t making your users’ primary tasks more difficult by removing or hiding content they need. Thus,

Design around the content, and leave just enough secondary elements (such as primary navigation) so that users don’t get confused.

It should be no surprise that the most common element in minimalism is no element at all. Negative space — also known as whitespace — is the most important feature of minimalism, and what gives it much of its power. It serves to manipulate the user’s visual flow:

The more negative space around an object, the more the eye is drawn to it 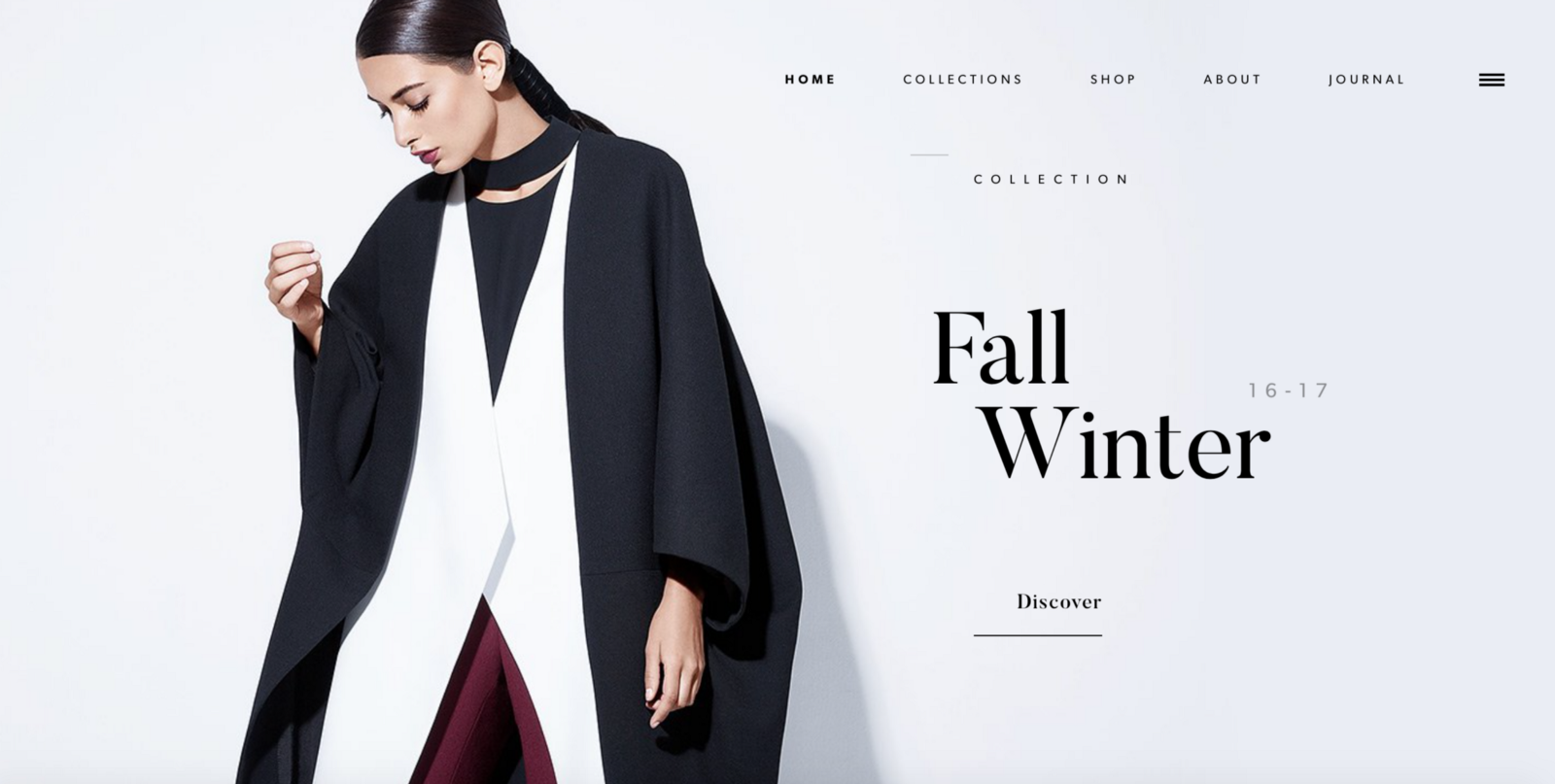 The primary design element that most people associate with minimalism is negative space. Image credits: bouguessa

In a minimalist design, every detail has significance. What you choose to leave in is vital:

When it comes to minimalism, don’t think it’s easier just because it’s simpler. Because there are fewer elements, you must provide the same level of usability with less interface elements.

Use single focal point per screen

Follow the rule “one concept, one page” and design each page/ screen to focus on only one concept, centered around a single visual.

Place high-level content with ample negative space at the top of the screen, then increase the content density as the scroll deepens.

Apple’s homepage (above the fold area)

In their book The Elements of Style, Strunk and White coined the phrase “Omit needless words.” Thus is true for minimalism. Edit your written content to include only the bare minimum needed to thoroughly explain your message. 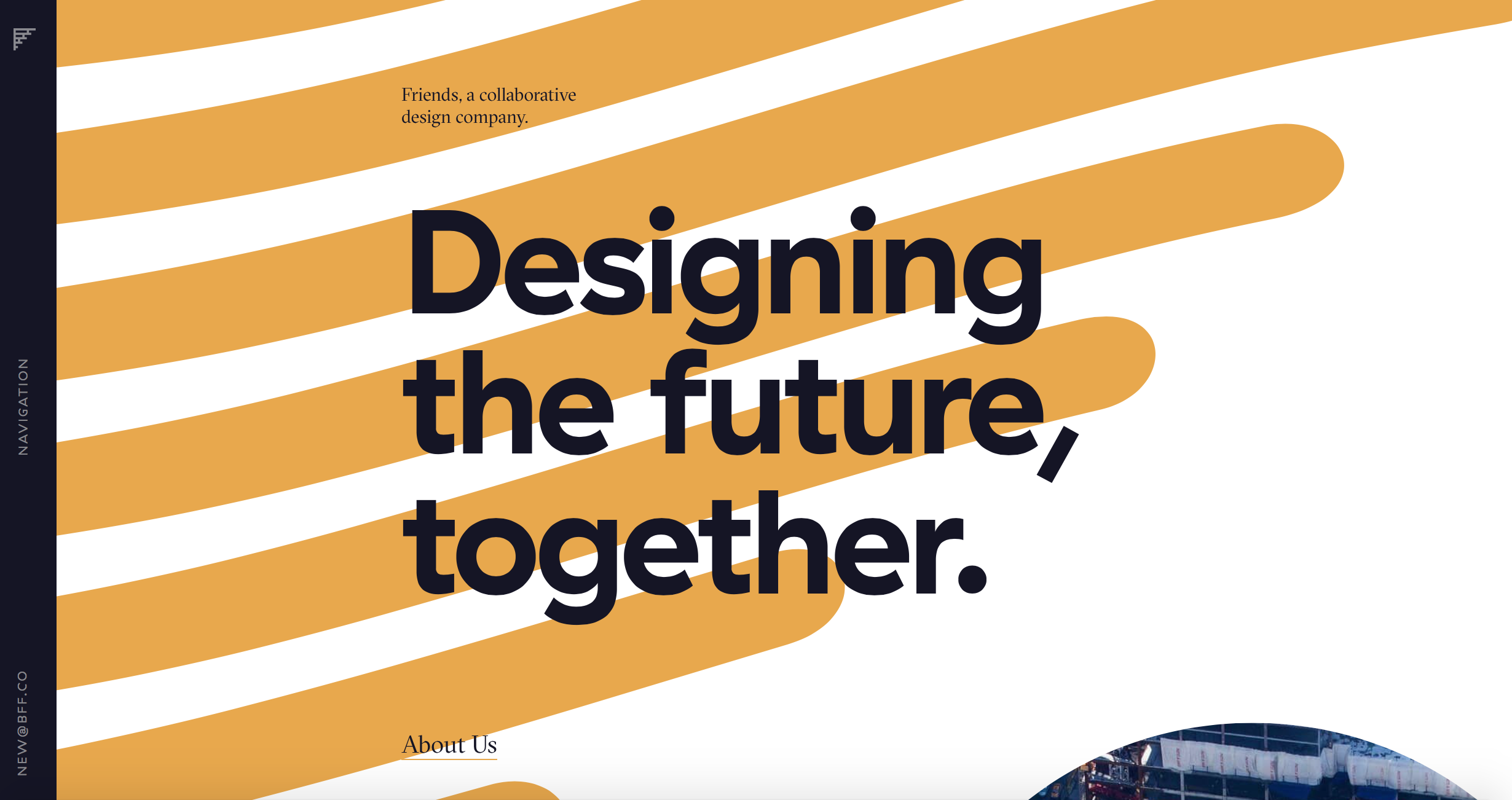 Get rid of all unnecessary words and communicate as succinctly as you can. Image credits: BFF

Simplify (but don’t hide) your navigation

Easy navigation is always one of the top goals of web design. But easy navigation doesn’t mean hidden. Before you implement a hamburger menu to help simplify your interface, make sure you’re doing it for the right reasons. Keep in mind that hamburger menus also result in less discoverability of navigation items. In most cases, a permanently visible navigation options works better for your users.

Primary navigation is visible only on request 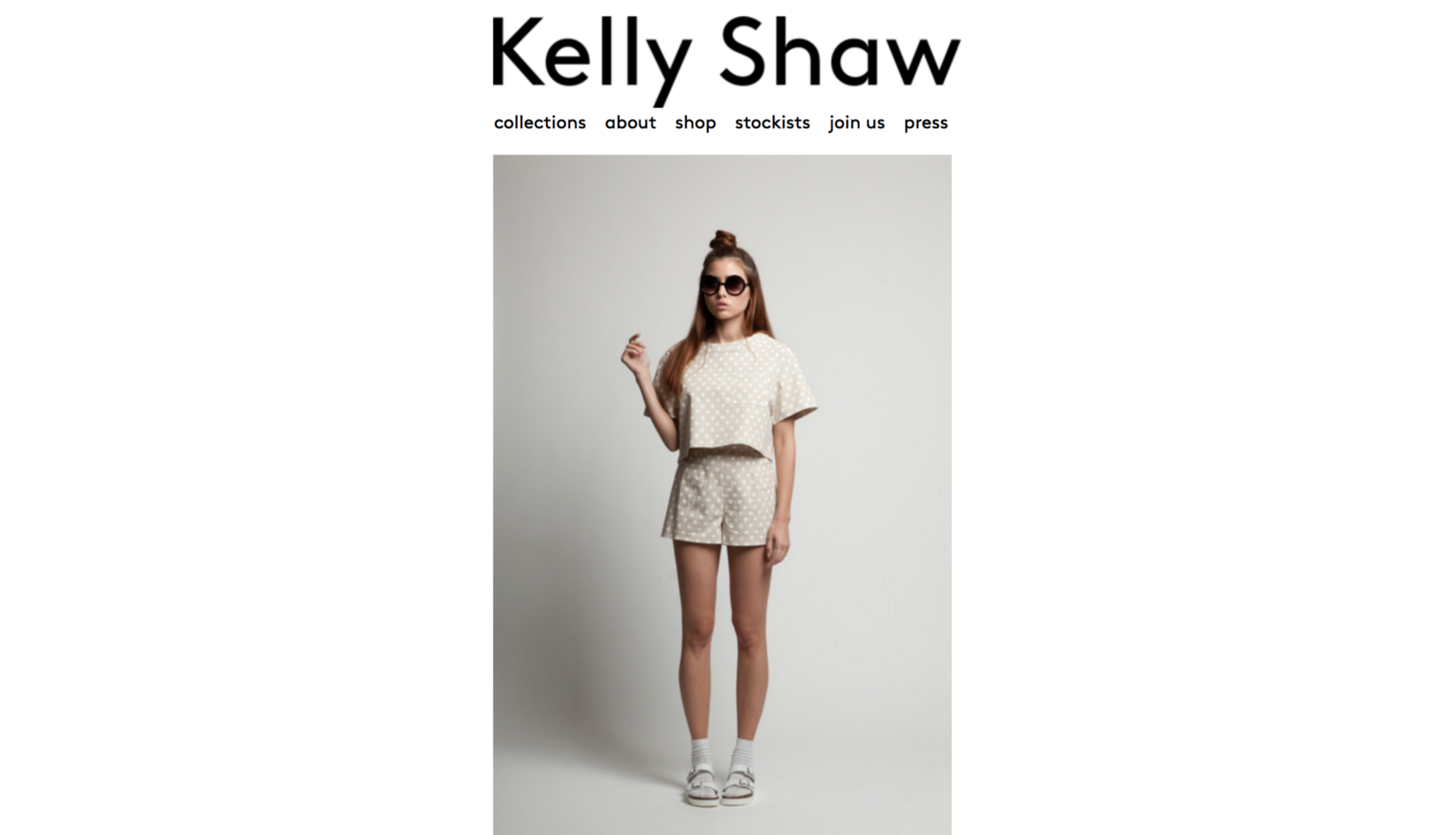 Animated effects are on the rise, so minimalist sites risk falling behind if they don’t implement them. However, these new effects should also follow the principles of minimalism: subtle, and with only what is essential.

While minimalist philosophy of content-driven design applies to every site, minimalist aesthetic might not always be appropriate. Minimalism is well suited to landing pages and portfolio sites like in example below, which have fairly simple goals, relatively low amounts of content. 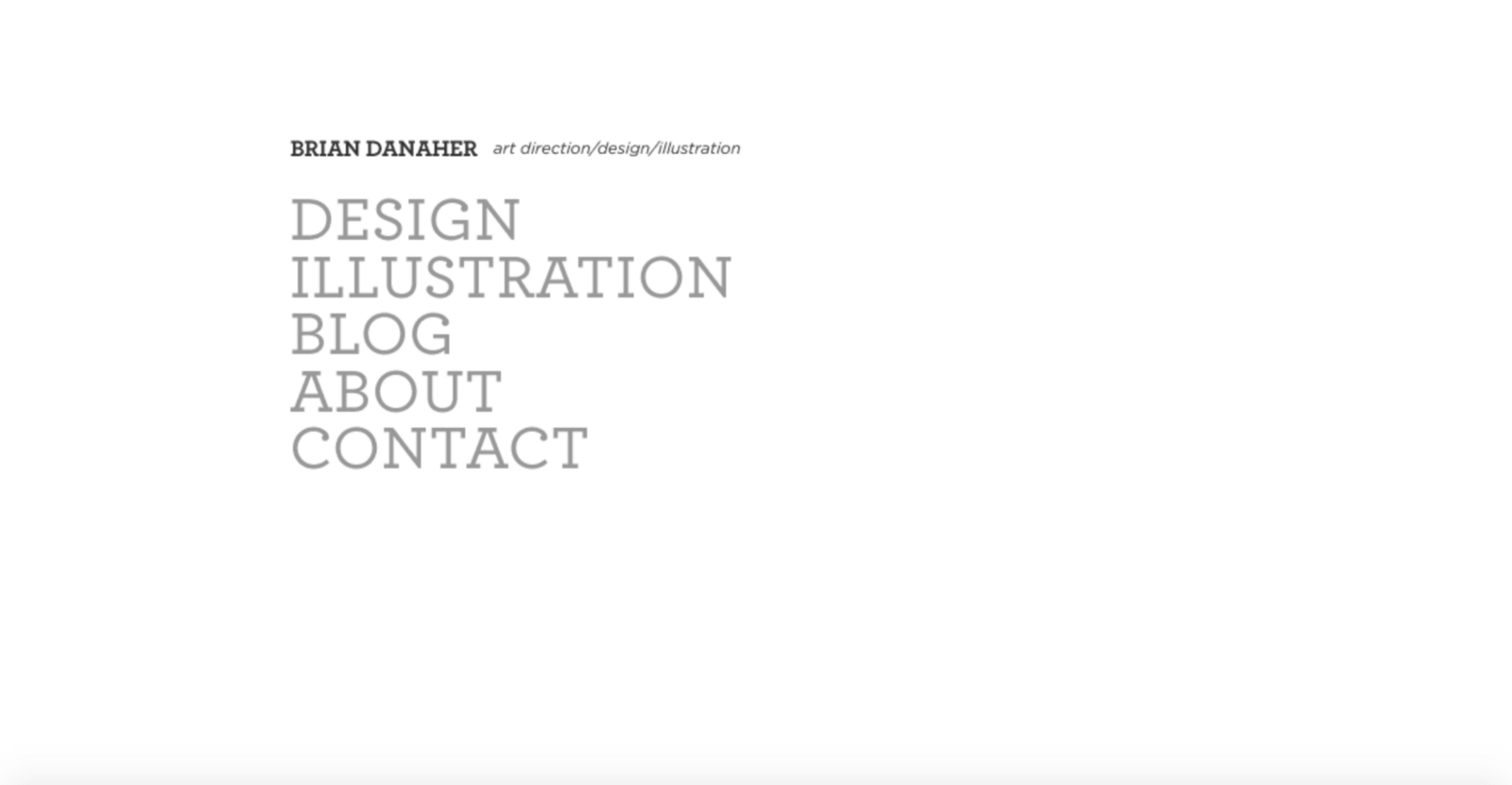 The portfolio of designer Brian Danaher is a typical example of what many designers would call a minimalist site.

Applying minimalism effectively to more complex sites can be much more difficult. The lack of elements can be harmful to content-rich sites. For such cases, a better option might be in creating a minimalist landing page that leads to a more detailed pages.

Minimalist sites seeks to simplify interfaces by removing unnecessary elements or content that does not support user tasks. What really makes such sites inspiring is when a design combines the usability factor with refinement: an easily navigated, simple site can be a very powerful form of communication.

Lately, photography has been playing bigger and bigger roles on the internet, furthering web design as a visual medium.…

Functional and delightful, animation is one of the staples of modern web design. Details of interaction design is what…