Icons have been used on a limited basis since the early days of computer graphics. There are several reasons why the use of icons might have advantages over text in terms of human-computer interaction:

Despite these potential advantages, icons often cause usability problems when they are designed without consideration for their many potential downsides. In this article I’ve tried to summarize main problems associated with the icons in UI and suggest a set of solutions to these problems. Use these tips as a starting point to ensure that your app icons work for you and your app, not against you.

Designers sometimes hide functionality behind icons that are actually pretty hard to recognize, breaking the most important property of the imagery — icons must first and foremost communicate meaning. Icons are, by definition, a visual representation of an object or action. If that object or action isn’t clear to users, the icon immediately lose it practical value and becomes a visual noise.

There are a few icons that enjoy mostly universal recognition from users (the icons for home, print, and the magnifying glass for search are such instances):

But outside of these examples, most icons continue to be ambiguous to users due to their association with different meanings. The Game Center icon, for example, is a group of colorful, glassy-looking circles. What does the Game Center icon mean? How does it relate to gaming? 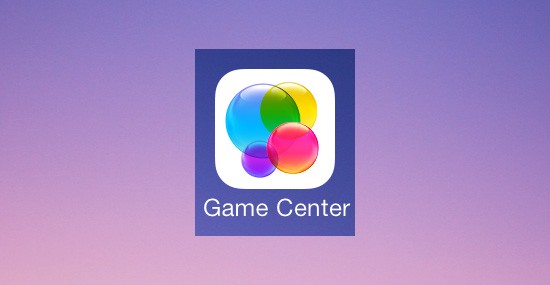 Let me give you another example: when Google decided to simplify Gmail UI and move everything behind an abstract icon, they apparently got a stream of support requests, like “Where is my Google Calendar?”

No matter how much sense an icon makes once you know what it’s supposed to represent, it can be a completely different experience for first-time users. And it’s a common mistake to assume that your users are familiar with abstract pictograms.

Your icons’ primary task is to guide your users to where they need to go, so make sure that they are able to achieve this goal:

In most cases, icons aren’t the place to be creative. Don’t get me wrong —  I’m not saying that creative icons are bad, but too fancy icons for basic functions might have negative impact on user experience. If you want to master your design skills you can rely on your other design elements to convey your product message while keeping the design of system icons simple, modern and friendly.

Each icon should be reduced to its minimal form, with every idea edited to its essence — simplistic icons are there to reduce the need for a learning curve. Well-designed icons are fast to recognize at a glance, because the designs ensure readability and clarity even at small sizes.

3. Include a Visible Text Label

A good user experience can be defined in many ways, but one measure is the ability to reduce the user’s effort to think. Clarity is the most important characteristic of a great interface. Your icons should help your users do what they need to do without requiring brainpower. However, the problem with icons is people associate different things with each icon based on their past experience. And it’s another common misconception to assume that users (especially mobile users) will play with all the different icons in order to discover what each icon does.

The Apple Mail customization screen. Are you able to correctly identify what each icon is supposed to represent? Image credit: ia

In reality, users are often intimidated by unfamiliar interfaces and don’t explore outside their comfort zone. To help overcome the ambiguity that almost all icons face, a text label must be present alongside an icon to clarify its meaning in that particular context. Your icons need to set clear expectations for users before they click or tap on them.

UserTesting conducted a series of tests “labels vs. no labels” for icons and found that:

There are three important moments which should take into account:

People interact with touch-based user interfaces with their fingers. So UI controls have to be big enough to capture fingertip actions without frustrating users with erroneous actions and tiny targets. The image below shows that the width of the average adult finger is about 11 millimeters (mm) wide, while a baby’s is 8 mm, and some basketball players have fingers wider than 19 mm!

People often blame themselves for having “fat fingers.” But even baby fingers are wider than most touch targets. Image credit: Microsoft

The recommended target size for touchscreen objects is 7–10mm. Below are recommendations for Apple and Google platform guidelines (iOS Human Interface Guidelines and Material Design):

As you build your app for Android/iOS, don’t carry over themed UI elements from other platforms. Platforms typically provide sets of icons for common functionality, such as sharing, creating a new document or deleting. As you are migrating your app to another platform, you should swap out platform-specific icons with their counterparts.

Icons for common functionality from Android (top) and iOS (bottom).

The icons you use need to be handled with maximum care: always have them usability tested. Once you’ve gotten used to an interface, it can be really difficult to see it with fresh eyes and tell whether your icons make intuitive sense. Thus, it’s a very important to watch how a real first-time user interact with your UI because it will help you determine whether your icons are clear enough:

Iconography gets to the heart of UI design: it can make or break the usability of an interface. Like every other area of user experience design, any icon in your interface should serve a purpose. When done correctly, icons can help you guide users intuitively through a workflow without relying on too much copy.

Designing an app may seem easy at first glance, but when you actually get to start prototyping it, things…

Mobile users who use your app or site have a particular goal. Often the one thing that is standing…