Single-hue blue color scheme. Image credit: Smashing Magazine
![](/content/images/2016/07/0-w_FvxwQG_6Px2vGE.jpg)
Image credit: Dribbble
Shades yellow and orange is an example of an analogous color scheme. Image credit: tuts+
![](/content/images/2016/07/1-Y03ERRYZ_gHCw7cEnLmr2w.png)
Clear app for iOS
#Blur Effects Blur effect arise as a logical solution to a minimal user interface, allowing a certain amount of play with the layers and hierarchy of the interface. It’s a very efficient solution when working with layered UI since it gives the user a clear understanding of mobile’s solution flow. This also gives designers a perfect opportunity to explore different menu and overlay solutions. 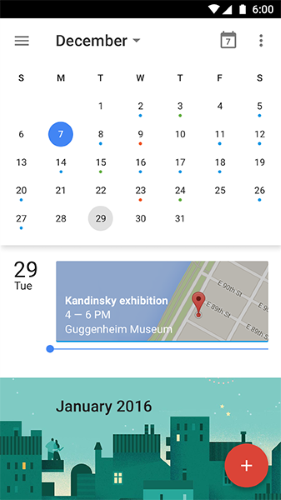 Spacing provides visual clarity and improved ease of use in Calendar app
#Icons: Stroke and Fill Iconography is a visual language used to represent functionality or content. Icons are meant to be simple, visual elements that are recognized and understood immediately. Since iOS 7 many minimalist UI has stroke and filled icons. In this article we won’t criticize the concept itself, instead we’ll focus on the practical aspect  — stroked and filled type of the same icon: ![](/content/images/2016/07/1-q4lDSWO0aKUux47R-85CWA.jpeg)
Clock icons (stroked and filled). Image credit: icons8
Let’s take a look on tab bar icons. Because bar icons serve as navigation to other sections of the app, it’s important to indicate which section is currently active by *highlighting its icon* in some way: a solid version to show an active/selected state and a hollow version to show an inactive/unselected state. This makes recognition of active tabs and controls more straightforward. ![](/content/images/2016/07/1-RfRHuM_4PB6BY7tDLSjGIQ.png)
Tab bar in AppStore app from Apple. Image credit: viget